Chain:
All
to
Downed
Exclusive Weapon:

Benedictus
Epic Basket
2,681-2,944 DPS
Light Atk 670-736
Def +16%
HP +20%
Skill Damage +16%
Weapon Skill Regen Speed +20%
[Only for Eleanor, goddess of prosperity]
Increases Arpeggio damage by 20%, and enemies hit by Arpeggio are engraved with notes for 3 seconds. Enemies imprinted with notes will explode and take damage from the arpeggio if the next arpeggio does not hit.
[Only for Eleanor, goddess of prosperity]
Weapon skill level +3 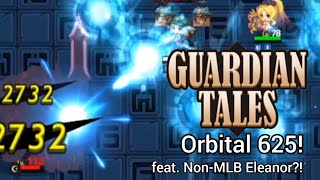 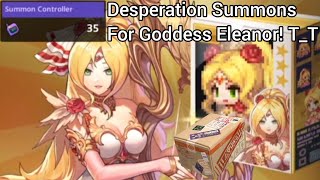 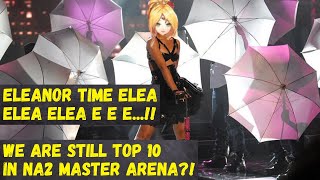 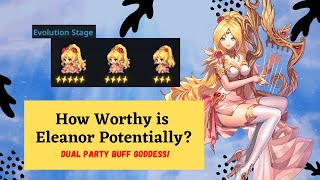 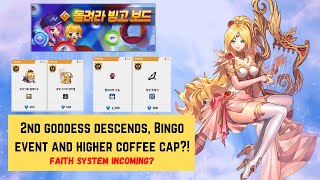 hero Improving
Bishvak The general attack targeting method is improved.
If there is a target on the opposite side of the control direction, it is improved to move forward during normal attacks.
If there is a target in the manipulation direction, it is modified to target better than before.
aleph The range of the last hit of a basic attack is increased by approximately 25%.
Idol Eva Special ability healing increased from 5% to 10% of HP.
Gabriel Special ability healing increased from 30% to 50% of recovery.
- Slightly improved the AI ​​of some support heroes approaching enemies too much.
ㄴ Target Heroes: Idol Eva, Exorcist Miya, Hero Cultist Veronica

- A new season of Camazon Land begins.
- As the existing greenhouse-themed season, artifacts and special events are reconfigured to match the revamped system.
- If you press the 'Back' button in Camazon Land, you will be moved to the world map screen instead of the floating lobby.
- If the artifact or special effect of Kamazon Land inflicts damage that ignores the defense, the desc