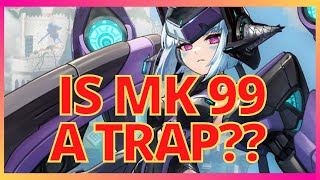 Should You Roll For Mk. 99? || GUARDIAN TALES REVIEW
-
Gacha Jay

* Master Arena Beta version starts.
* Master Arena is a place where users who finished the last Arena season with Master Tier compete.
* Master Arena's stat correction is the same as that of Arena.
* Guardian level is unified to the maximum level.

* Master Arena Beta is also open during the week of co-op. (20:00~22:00)
- It will be officially opened through improvement in the future.
* You can use it 10 times a day, the same as the existing Arena.
- The added Master Arena is a Beta version, and progress may not be stable.
- We ask for your patience and ask for your valuable comments on areas that need improvement.

* The accounts subject to the conditions for participation in the Master Arena are as follows.

- Accounts included in the Arena last season of 1,500 points or more or 500 points
* All knights starting the Master Arena start at 1,500 points.

* When the battle begins, you cannot change the hero's equipment or cards.
* Set up your hero in advance before starting the battle.

* Matched knights each select a hero.
* Each hero will be selected three times.
* When the participating hero is confirmed, the hero selected by the pla