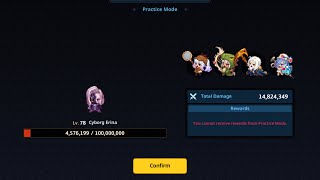 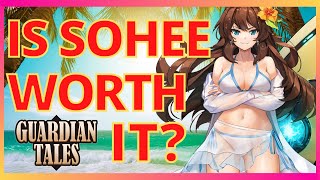 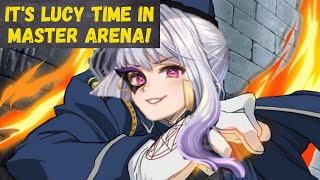 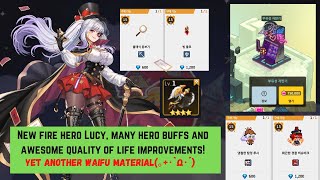 - Four stages of World 12 Demon World have been added.
- One passage stage consisting of simple battles was excluded because it was judged not to fit the overall play breath.

- The new effect is added to the party's health increase effect.

Prominence Increases damage dealt by 12.5% ​​at the moment of Purifying Flame is activated. The total damage is the same.
When the exclusive effect is activated, the amount of HP recovery increases from 1% to 2%.
Volcanic Horn When you cast Flame of Destruction, the preparation action time is reduced by 0.05 seconds.
Messiah When Veronica uses Divine Stigma, the charge speed is reduced from 8.5 seconds to 8.3 seconds.

- The cooperative map has been changed.

of the Boundary-The Labyrinth of Boundary season of a new attribute begins.
-Season period: After update maintenance ~ June 17 (Thu) 07:59

- Dark Labyrinth
- This is a dark labyrinth that can be played with dark heroes.
- 10 new stages are added.